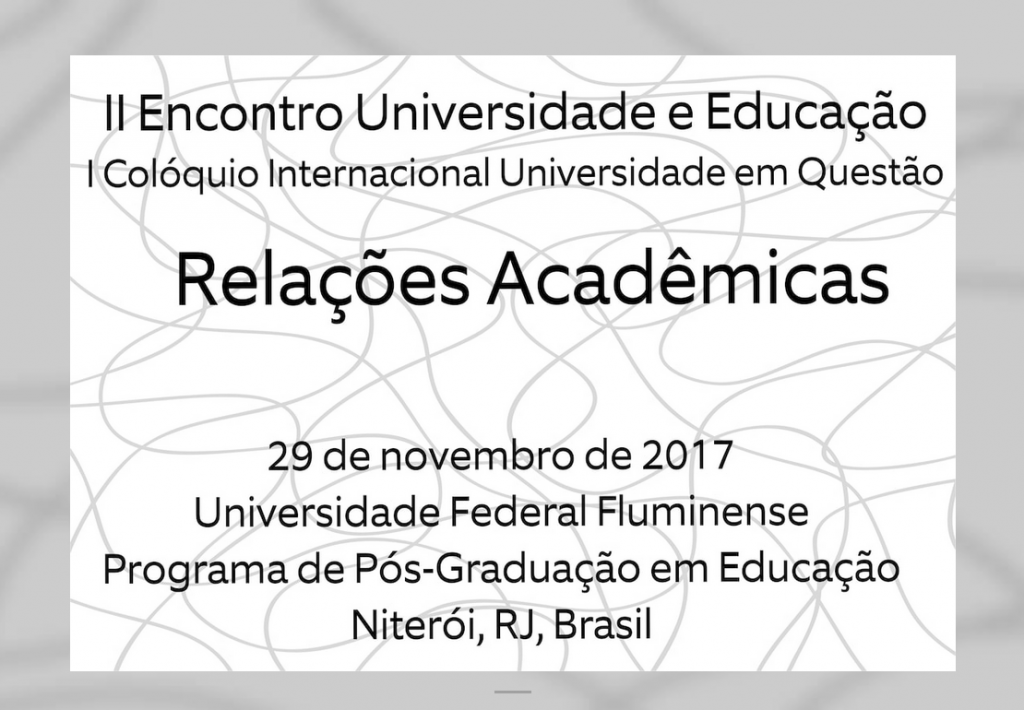 The Federal Fluminense University, in Niterói, Brazil, in the scope of the Graduate Program in Education, organizes in November 29, 2017, the 1st International Colloquium University in Question – Academic Relations 2017, with the objective of discussing the academic relations, in the perspective of academic relations that are produced, from what is considered ‘normal’ and ‘natural’ in this environment, what subjectivities are constructed, what values are stimulated, what needs to be deconstructed, and how other forms of being in the Academy can be constructed. These meetings essentially seek to build spaces for dialogue in the Academy regarding its internal dynamics.

Notification for the accepted proposals
until 17 October 2017

Further information on the website of the event, here.