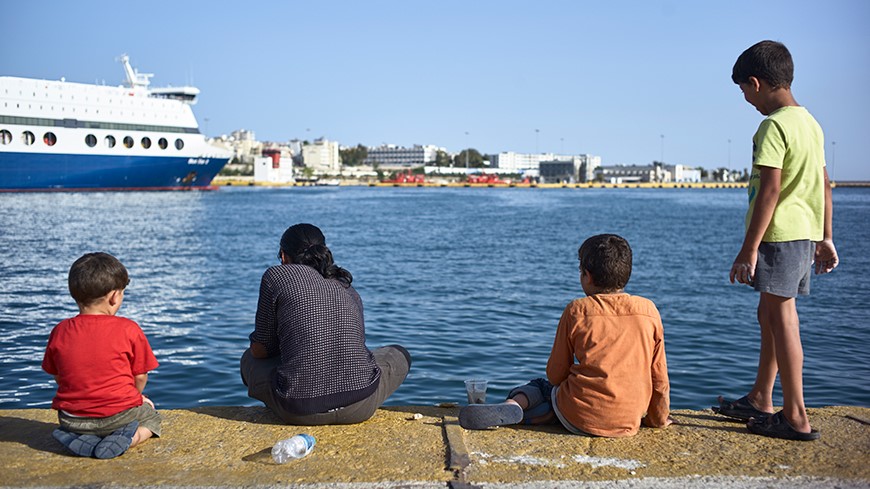 Nobody is indifferent to what is happening to an endless number of people fleeing away from wars scenarios, authoritarian regimes and other catastrophes. Children in this situation are the most vulnerable group, as they are easily exposed to a number of threats in the evacuation process. In response to a number of concerns relating to the situation of migrant and refugee children, and in an attempt to resolve the risks to which they are subjected, two international humanitarian organisations are launching two reports to analyse the situation of these children and to produce instruments to monitor how they are being evacuated and protected in these situations of emergency.

On 22nd March 2017, the Special Representative of the Secretary General on Migration and Refugees (SRSG), Tomáš Boček, published a Thematic Report on migrant and refugee children. Based on the SRSG’s on-the-ground experience and findings, the report identifies the main challenges and concerns for migrant and refugee children in Europe, such as the lack of appropriate age-assessment measures, the lack of effective guardianship systems for children, the lack of access to information and education, alternatives to detention and inadequate living conditions in camps. The report will be followed by the Organisation’s Action Plan for the protection of migrant and refugee children, especially unaccompanied children. The adoption of the Action Plan is scheduled for May 2017.

On 13rd April 2017, IOM also launches the manual “Special Measures for the Evacuation of Migrant Children: A Reference Checklist”, for the protection of migrant and refugee children in the evacuation processes. Says IOM, poorly organized humanitarian evacuations or population relocations that do not follow protocols and guidelines can result in children becoming separated from their family. It is critical to raise awareness on the risks of inappropriate actions regarding the evacuations of children caught in natural or man-made disaster situations. All the more, special considerations are needed when migrant children are to be evacuated, particularly if they are unaccompanied and separated children (UASC).

Special Measures for the Evacuation of Migrant Children: A Reference Checklist is a part of the toolkit developed by IOM to provide technical guidance for the operationalization of the MICIC Initiative Guidelines, including Guideline 13: Relocate and evacuate migrants when needed.