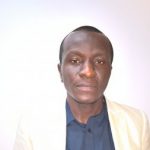 Since 2006, Vincent has been working in the Private Sector in Nigeria. He started in the education sector in 2006 where he served as an English language Teacher at St. Mary´s College, Suleja, Niger State. He went on to become the Head of Department for English and Literature, the Co-ordinator for Press Club, Literary Club, Quiz and Debate Competitions, and Editor of the School´s Magazine. His experience as a Student Journalist between 2004 and 2006 (where he served at various capacities including Board Secretary, Assistant Editor & Editor-in-Chief) aided the success of the magazine. He went on to serve as English Language teacher during his National Service in the far North-East town of Nigeria, Maiduguri. He began working in the telecommunications industry shortly after his national assignment in 2009. He worked for the biggest private telecommunication company in Nigeria, MTN Nigeria in two northern-western cities of Kaduna and Kano as Customer Representative and served in other capacities till 2015. As part of his role, he worked to promote sales of products and services while making customers happy and retaining their loyalty. He was pivotal in the launch and delivery of many products and services to exceed customers expectations and maintain brand advocacy. He was recognized for his high productivity often exceeding his targets. While working, he was always involved in studying. In 2010, he enrolled for a Postgraduate diploma in Education at the National Teachers Institute & Usmanu DanFodiyo University, Sokoto postgraduate programme. In 2011, he enrolled for a Postgraduate Diploma in Mass Communication at the Bayero University, Kano. After which he enrolled for a Master of Arts in English in 2012 and finished but could not await to complete and defend the thesis before proceeding for his PhD program at ISEG. In 2013, he enrolled for a Master in International Affairs and Diplomacy at the Ahmadu Bello University, Zaria, Nigeria which he completed in 2015 before enrolling for further studies in Development Studies at ISEG. At the moment he is involved in studying development trends in the Nigeria private sector (specially the manufacturing industry) in Anambra, Nigeria.