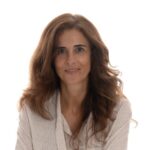 Sara Falcão Casaca, PhD, is a Full Professor at ISEG – Lisbon School of Economics and Management, University of Lisbon, as well as a She is currently the Director of the Research Centre in Economic and Organisational Sociology (SOCIUS), where as a researcher she has coordinated and participated in research projects focusing mainly on gender and the labour market, the gender pay gap, gender and decision-making, and gender and organisations. These subjects have similarly been the main topics of her publications. She is the chair of the SOCIUS research group "Organisations, Work, Employment and Gender", the coordinator of the Doctoral Programme in Economic and Organisational Sociology and Deputy Editor of the journal Análise Social (Institute of Social Sciences, University of Lisbon).

Sara is a member of the scientific board of the research network "Gender relations in the labour market and the welfare state" of the European Sociological Association (ESA), and has collaborated with the International Training Centre of the International Labour Organisation (ITCILO) on the design of training content for the subjects of Gender and Organisational Change and Introduction to Participatory Gender Audits, while also being responsible for the authorship of the Handbook on Gender and Organisational Change (written in partnership with Johanne Lortie of ITCILO). She has undertaken various gender audits for both national and international organisations, as well as providing expert advisory support in the formulation of public policies relating to gender and non-discrimination issues for both national and international public agencies. Sara is the ISEG’s representative in the Equal Pay International Coalition (EPIC, under the coordination of the ILO, UN Women and OECD). She is currently the coordinator of the Research Projects Women on Boards – An Integrative Approach (PTDC/SOC-ASO/29895/2017) and The Social and Economic Benefits of the Elimination of the Gender Pay Gap) (EEA-Grants/CIG).

She was head of the national mechanism for gender equality (CIG) under the presidency of the Council of Ministers, a position that also led to her becoming a member of the European Union’s High-Level Group in Gender Mainstreaming. She was similarly a member of the board of management of EIGE – The European Institute for Gender Equality – and is currently Vice-President of the Portuguese Social and Economic Council.