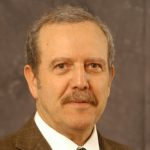 Full Professor at the Lisbon School of Economics and Management (ISEG), Universidade de Lisboa. PhD in Economic Policy and Analysis at the École des Hautes Études en Sciences Sociales, Paris. Head of the ISEG Economics Department between 2014 and 2018 - election for two mandates by the Department members. From 2011 up to 2018, Coordinator of the Master in International Economics and European Studies (ISEG). A researcher of SOCIUS since 2006, and a member of CSG – Research in Social Sciences and Management, ISEG, from its start in 2013. Interested in the following fields of research: 1) the analysis of international trade, foreign direct investment and other international flows, with a focus on policies and strategies (at the nation-state and firm levels), and also the global economy and organizations; 2) the process of internationalization of the Portuguese economy and firms, within the European context; 3) the study of the “special relationship” between Portugal and Brazil, particularly of its theoretical and empirical economic foundations through the analysis of the role of language, culture and history; simultaneously, a research was led on the Brazilian economy (finance, trade and further external relations, tourism development, among other aspects); 4) the high relevance of pluralist methodological approaches in economics, and the benefits of research explicitly based on the links between economics with political science, international relations, and other social and human sciences. The author of four books (one with two different versions), and the editor or co-editor of eight books. Has published, often in co-authorship, around 80 papers in peer-reviewed journals and edited books; among others, in Business Process Management Journal, European Journal of Sustainable Development, Journal of Business Economics and Management, Journal of Economic Studies, Lusotopie, RAC, RAE, Tourism Management, WMU Journal of Maritime Affairs. When papers in proceedings, individualized conference and working papers, notes and book reviews, as well as outreach articles (i.e., in dictionaries, yearbooks, and similar outlets), are added, has over 170 publications, not only in Portuguese and English, but also in French, Italian and Hungarian. Supervision of ten already-concluded PhD theses and 63 already concluded Masters Final Works. He continues supervising some other theses and dissertations. Participation, sometimes as the person responsible, in fifteen research projects, national and international. Has been member of the editorial board of more than ten journals. Has been present and actively participated in around 80 academic and research congresses, conferences and seminars, sometimes as the keynote speaker and chairperson, most of them outside Portugal. Reviewer for many conferences and prestigious international journals with tens of cases registered at the Publons platform. Throughout his career has collaborated as a visiting researcher or professor, sometimes with relatively long stays, in a number of countries, including France, Brazil, Germany, Japan, Angola, Mozambique, Tunisia, and the USA.