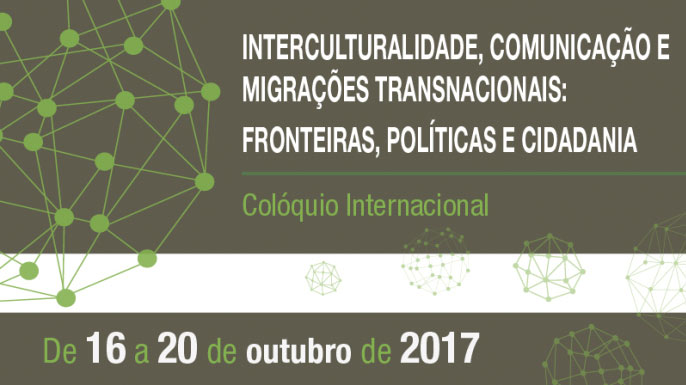 The International Colloquium: “Intercultural, Communication and Transnational Migrations: Borders, Policies and Citizenship” will take place from October 16 to 20, 2017 at the Praia Vermelha Campus of the Federal University of Rio de Janeiro (UFRJ). The event takes place in the context of the IX Migrations Forum / MIGRATIC 2017 joint edition and is the result of a collaborative and networking initiative undertaken by researchers from Brazil, France, Canada, Argentina, Spain, United States, Uruguay, Chile, Ecuador and Martinique. It aims to bring together researchers and experts from various countries to discuss the migratory issue in its combination with the field of social communication, cultural theories, frontier studies and within the framework of notions such as politics, democracy and citizenship.

Researchers interested in contributing papers have until 31 August to submit their proposals. The communication must be written in one of the languages of the symposium: Portuguese, Spanish, French or English.

In addition to proposing to examine the trajectory of migratory studies in the world and to discuss specific experiences developed in different countries, the meeting aims to elaborate a joint reflection – based on different scenarios and perspectives – on the meanings of interculturality in the transnational migratory context, (both in their social and subjective nature and in their technological configuration) for the autonomization of migrant populations, the need to build symbolic bridges, sometimes with physical and mental walls, and the urgency to reintegrate, in the theory of human migrations, the principles of democracy and social, political, intercultural and global citizenship.

More information in the call on the IX Migrations Forum / MIGRATIC.