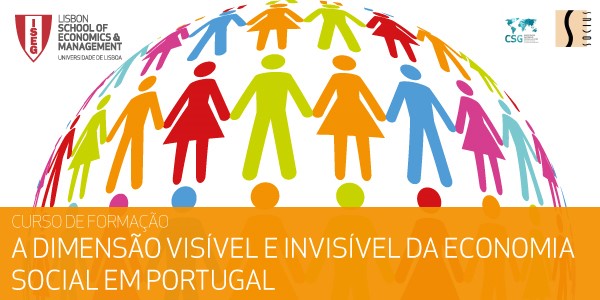 GOALS
To make known the formal and practical dimension of a constitutionally foreseen sector, but little known in legal and statistical terms, which corresponds to the “cooperative and social sector”, as described in the Constitution, and which has in the scientific literature very diverse and multiple names as Social Economy, Third Sector, Third System, Alternative Economy and other designations. To present its statistical reality in 2010 and 2013 in Portugal based on information taken from Portuguese National Accounts and published by INE and CASES on the 2010 and 2013 Social Accounts Satellite.

TARGET GROUP
All persons interested in learning more about one of the three sectors provided for in the Constitution of the Portuguese Republic as being also the holder of means of production, a sector known as the “cooperative and social sector” or the Social Economy sector.
The training is also intended for all persons who, in any way, work and act, directly or indirectly, with and in entities that are part of this sector, in accordance with the Basic Law of the Social Economy, Law no. 30/2013, of 8 May, and which are: the cooperatives; mutual associations; the mercies; foundations; the IPSS; associations with altruistic ends; the entities of the community and self-managing subsectors.

CERTIFICATION
All participants who complete the Training will be issued a Certi fi cate by SOCIUS / ISEG-ULisboa.