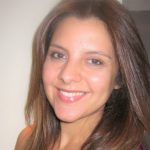 PhD in Political Science and International Relations, with the thesis "Portuguese Economic Diplomacy in the Atlantic", defended on November 28, 2008 with classification of Magna cum Laude, by the Institute of Political Studies of the Portuguese Catholic University (2008). Postgraduate in Political Science and International Relations, by the Institute of Political Studies of the Portuguese Catholic University (2002/2004). Master in Economics from the Faculty of Economics and Management, University of Nantes (France), with the thesis "Portugal in the European Union - Perspective of Convergence". Degree in Economics from the University of Évora (1999). Since 2013, she has been working as a researcher at the Center for African, Asian and Latin American Studies at the Lisbon School of Economics and Management (CEsA/ISEG). Among his most recent publications was co-author: LOPES, Carlos and SANGREMAN, Carlos and SOUSA GALITO, Maria (2014). The Portuguese Diaspora in Angola (2002/2012). Lisbon: Portugal Africa Foundation. ISBN: 978-989-96473-2-9 (2014); RAMOS SILVA, Joaquim and SOUSA GALITO, Maria (2014). "China's approach to economic diplomacy and human rights," in International Journal of Diplomacy and Economy, vol. 2 (1/2), pp. 23-41. DOI: 10,1504/IJDIPE.2014.060740; and she was the author, in 2016, of the article "Concepts of Terrorism", in SERRA, Carlos (Dir). What is Terrorism? (Cadernos Sociais, no. 27). Maputo: Escolar Editora (Eduardo Mondlane University).