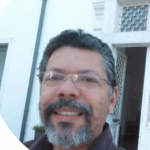 PhD in Public Policies, Strategies and Development, by the Institute of Economics at Federal University of Rio de Janeiro/IE-UFRJ (2015), as a fellow of the Research Support Foundation of the State of Goiás/FAPEG. Master's Degree in Economic Development (1999), by the Economics Institute at Federal University of Uberlândia/IE-UFU, as a fellow of the Coordination of Development of Higher Education Personnel, Foundation of the Brazilian Ministry of Education/CAPES-MEC. Bachelor's degree in Economic Sciences by the Federal Rural University of Rio de Janeiro/UFRRJ (1996), with scholarship of the National Council for Scientific and Technological Development, Agency of the Ministry of Science, Technology, Innovation and Communications of Brazil/CNPq-MCTIC. He is currently a professor of Political Economy and Socioeconomic Development at Goiás State University/UEG-Brazil and participates in the Research Group "Economy, Development and Society", registered in the Directory of Research Groups in Brazil/CNPq-MCTIC (dgp.cnpq.br/dgp/espelhorh/2042444951213582 ou http://lattes.cnpq.br/2042444951213582). He developed post-doctoral studies at Center for African, Asian and Latin American Studies/CEsA at Lisbon School of Economics and Management at Universidade de Lisboa (2018), where he activity nowadays as a collaborative researcher.