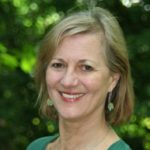 Korinna Horta has carried out extensive research on the environmental and human rights impact of international financial flows. Based on his research in Africa, Asia and Latin America, Korinna advocates strong safeguarding policies and effective accountability. Between 1990 and 2009, she worked as a senior scientist at the Environmental Defense Fund in Washington. From 2010 to 2015, she was a member of the Compliance Review Panel of the Inter-American Development Bank, based in Washington. For the past six years, she has also worked for Urgewald, a German-based NGO. She received his doctorate from the University of London (SOAS), a master's degree from Johns Hopkins-University (SAIS) in Washington, D.C., and a bachelor's degree from the Universidade Nova de Lisboa (Faculty of Social and Human Sciences). She has been a Fellow at Yale University Stimson and a guest lecturer in finance for international development at various universities in the US and Europe, including Harvard Law School, Harvard Business School, Columbia University Law School and London School of Economics. She frequently publishes, including articles in The Harvard Human Rights Journal, The Yale Journal of International Affairs, and The New Scientist. She has also written opinion articles in newspapers such as The Washington Post, The Boston Globe, The Los Angeles Times, The Guardian, Die Zeit and Süddeutsche Zeitung.