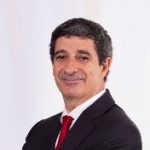 João F. Proença is full professor at the University of Porto, Faculty of Economics. He was Dean and President of the Scientific Board at FEP-UPorto (2010-2015) and Rector of the Universidade Europeia, Laureate International Universities, where he was also President of the University Council, President of the Scientific Board, President of the Pedagogical Board and Chief Academic Officer for group operations in Portugal, which included the Universidade Europeia, IADE and IPAM Porto and IPAM Lisboa (2015-2017). Before, at FEP-UPorto, he was the Director of the PhD in Management & Business Studies (2008-2010), Director of the MSc in Service Management (2008-2010) and Director of the BSc in Management (2000-2006). He was also visiting researcher at the Center for Excellence in Service, Robert H. Smith School of Business, University of Maryland, USA (2006-2007) and at EM Lyon Business School, Lyon, France (1993-1994). He has held relevant professional positions in several companies, namely the Probos Group, currently integrated in H.B. Fuller, where he was administrator, CEO, general manager and commercial and sales director. He was also a member of the Senate of the University of Porto, of the General Council of INESC Porto and of the Porto Business School. He has several scientific publications.