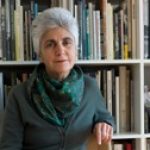 Ph.D. in History by the Ecole des Hautes Etudes en Sciences Sociales (EHESS), Mention Très honorable, Paris (1990). DEA (Diplome d'Etudes Approfondies), Histoire Economique, EHESS, Paris (1985). Degree in Economics from the Lisbon School of Economics and Management (ISEG), Technical University of Lisbon (1977). From 2013 until the present, she is a member of the team responsible for scientific coordination of the Master in International Development and Cooperation, of the Lisbon School of Economics and Management (ISEG/UL). Since 2015, she has participated in the scientific coordination of the PhD in ISEG / UL Development Studies. Since 2012, she is a member of the Scientific Council of ISEG representing CEsA. She chaired the CESA - Center for African, Asian and Development Studies between 1997-98 and 2008-12. From 2011 to the present, she is responsible for the research line "African Studies: History, Contemporary Dynamics and Post-colonial Luso-African Identities": CESA / ISEG / FCT - Multiannual Financing Program, and, also, since 2014, the research line "Lusophone space: Institutions, Identities and agency", of the Consortium CSG/ISEG/UL. From 1999 to the present, she is scientific coordinator, together with Profª. Isabel Castro Henriques, of the Collection "Tempos e Espaços Africanos". She is responsible for organizing the seminar on Development Studies of CESA in articulation such as the MDCI and DED. Since 2006, she coordinates the cooperation program at postgraduate level between ISEGUL and Faculty of Economics at Eduardo Mondlane University, Mozambique. It has numerous publications. Among the most recent are: Os Ismailis de Moçambique. Vida Económica no tempo Colonial, ( co-authorship with Khouri, N ), Lisboa, Ed Colibri (2012) ; the coordination (with Khouri, N.) of the book Ismailis Khojas du Mozambique colonial à la Globalisation. Paris, Harmattan (2014) ; and, the co-authorship (with J. Oppenheimer, Mah, L.) of the e-book Espaço Lusófono: 1974-2014 (2015).