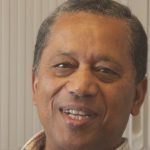 PhD in Economics from the Technical University of Lisbon (1990). Degree in Economics from the Higher Institute of Economics, Technical University of Lisbon (1977). Professor of the School of Economics and Management (ISEG/UL), where he has ruled and taught subjects in undergraduate, master's and doctoral courses, namely, the Economics of Development, Macroeconomics II (1st cycle), Economics and Development Policy, Institutions And Development (2nd cycle) and Theories of Development (3rd cycle). He is a member of the Scientific and Pedagogical Commission of the Master in International Development and Cooperation (MDCI), ISEG, University of Lisbon. Since 1983, he has been working as a researcher in CEsA/ISEG and has been a member of its steering committee on several occasions. As the responsible researcher, he currently leads the following projects: Financial and monetary transition in post-colonial Cabo Verde” and “História da Moeda em Cabo Verde” (financed by the Bank of Cape Verde). It has several publications (articles, books, etc.) in the scientific domains in which it works. In the framework of the research in CEsA, recently published the following titles: História da Moeda em Cabo Verde. Do Início do Povoamento à Actualidade. Praia, Bank of Cape Verde (2015) and (edited com Iolanda Évora) Trabalho, Sociabilidade e Geração de Rendimento no Espaço Lusófono. Coimbra, Almedina (2014).