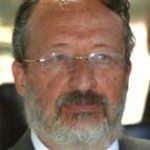 PhD degree (2003) in Interdisciplinary African Studies in Social Sciences, with the theme Structural adjustment policies and the well-being of urban families in the city of Bissau, 1986 - 1994 - 1998 - 2001, at the Higher Institute of Sciences Of Labor and Enterprise (ISCTE). Course of Statistical Informatics at the National Institute of Administration of Lisbon (1985). Degree in Economics at the same University (1975/79). Bachelor in Economics at the Technical University of Lisbon, Instituto Superior de Economia e Gestão - ISEG (1968). From 2014 until the present, he has worked as a lecturer/coordinator of Introduction to International Cooperation for Development and Social Security Policy and Management in the Public Administration Degree (UA, Instituto Camões and ICL); As well as Political - Cultural Relations of the Master 's Degree in Languages and Business Relations, Master' s Degree in Chinese Studies and free option in the Joint Doctoral Program in Cultural Studies of the Universities of Minho and Aveiro, International Development and Cooperation, open course in Public Administration and Portuguese Public Administration - Foundations and Models, in the Degree of Public Administration. From 2010 to 2014, he held the position of General Coordinator for International Cooperation for Development at the University of Aveiro. He has been an international consultant from 1985 to present with missions in all PALOP and East Timor for International Organizations such as the World Bank, UNDP, IOM and European Union in countries like Portugal, Sweden, Cape Verde and Guinea Bissau. Between 1986 and 1987, he was adviser to the statistics of the Minister of Planning of Guinea-Bissau. Between 1998 and 2003 he was advisor to the Minister of Solidarity and Social Security for the organization of the Department for Development Cooperation. And, between 2008 and 2012, he was advisor to the Secretary of State for Foreign Affairs and Cooperation, to energize the Civil Society Forum for Development Cooperation. He is researcher in charge of projects with public and private financing, national and international - of which: “Memória de África e do Oriente” (UA & CEsA/ISEG); "Dicionário da Cooperação para o Desenvolvimento” (with Prof. João Estêvão - CEsA/ISEG); "O cluster como instrumento teórico e prático da Cooperação Internacional para o Desenvolvimento portuguesa: o caso de Moçambique, Timor Leste, São Tomé & Príncipe & Angola”; “Estudo diagnóstico da diáspora guineense em Portugal e França”, etc.