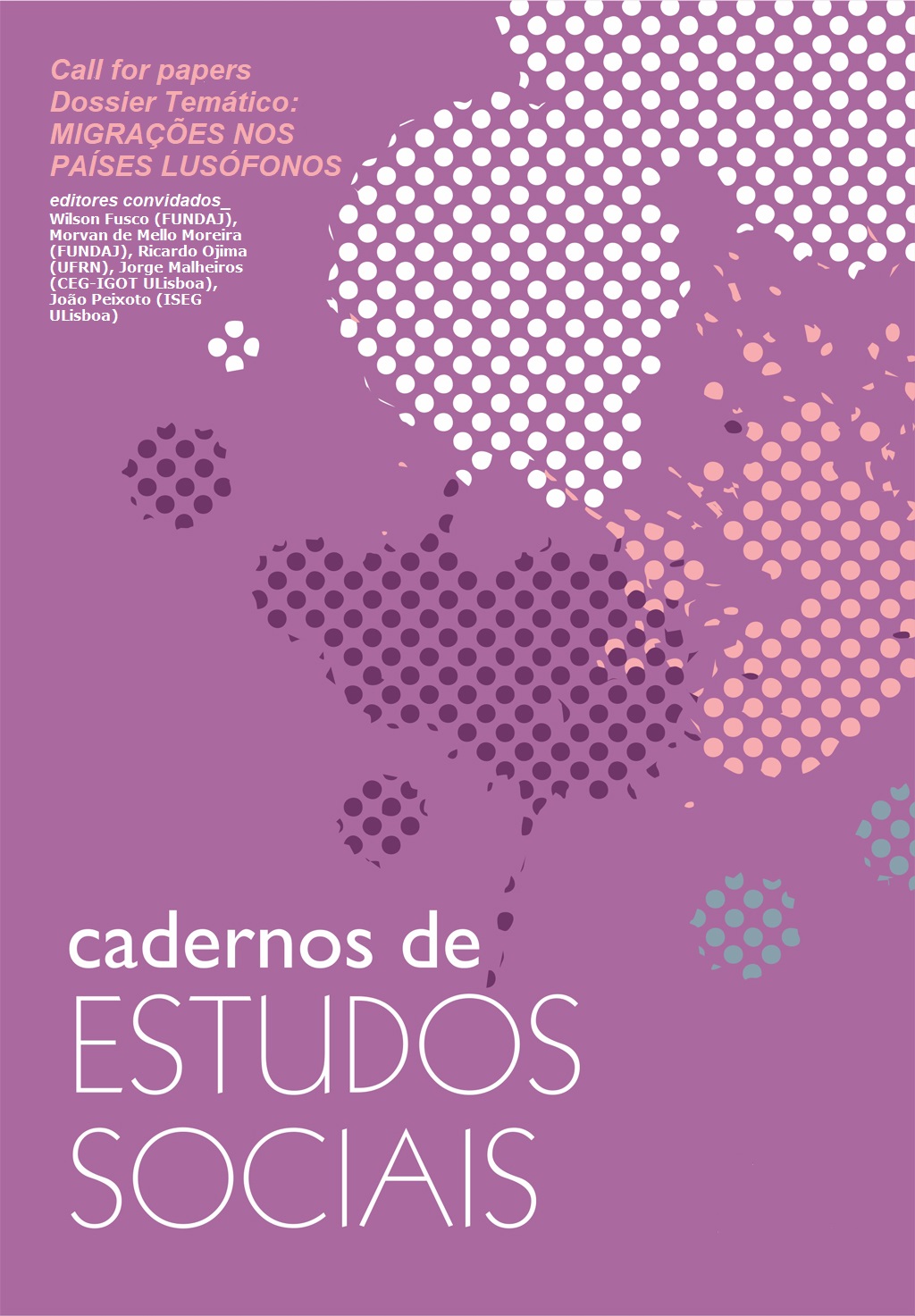 The journal Cadernos de Estudos Sociais invites the scientific community to submit manuscripts for the special edition “Migrations in Portuguese-speaking Countries”. Articles submitted for this dossier must follow the journal’s standards and be submitted online until June 18, 2018 to follow the journal’s regular evaluation process.

Migration has been a phenomenon of great relevance in the population dynamics of Portuguese-speaking countries. Economic, political and cultural reasons have been important elements in the elaboration of scenarios and in the analytical foundation of these movements. With regard to Brazil and Portugal in particular, migratory exchanges between the two countries have historical roots and continue to stimulate the production of theoretical and empirical studies for their broader and deeper understanding. From the colonization process to the recent bilateral agreements, Brazilians and Portuguese have entered flows in both directions, with more or less weight in each one depending on the period in focus.

Besides the movements that connect Brazil and Portugal, other origins and destinations mark trajectories that involve each one of them. In Brazil, immigration from other European and Asian countries was important in the composition of the population, mainly in the Center-South of the country, until the middle of the 20th century. More recently, the emigration of Brazilians to the United States, Japan and Paraguay, as well as European countries, contemplated the respective returns, renewed the interest of the scholars on the subject. Portugal, on the other hand, has a central place in the immigration of the Portuguese-speaking countries, with the exception of Mozambique, also functioning in several historical moments as a starting point for migrants who demanded Mozambique or Angola. In recent years, the emigration of Portuguese, which has European countries as main destinations, has also been directed to other places, again with recent prominence, for example, for Angola.

The internal migrations are another outstanding theme, keeping the differences of scale between the two countries. Economic cycles, industrialization and urbanization are closely related to the redistribution of population in Brazil and Portugal. Nowadays, the return migration and the growing importance of medium-sized cities as destination shape and transform the scenery of displacements, especially in Brazil. It is expected to incorporate new or renewal issues (e.g. refugees in Brazil, new Brazilian immigration into Portugal, highly qualified immigration and retirees, student migration, temporary and very short-lived migrations), as well as the update theoretical and methodological contributions and data sources. In spite of the greater reference to migrations in Brazil and Portugal, the editors stimulate with equal intensity the submission of studies on all Portuguese-speaking countries.