For the past decades, a sense of foreboding about markets and their operations has been growing in Western Societies. If it is true that market forces and their inner logic have been invasive and colonized domains traditionally assumed to remain outside the forces of rationalization and efficiency, many social actors are increasingly worried about the demoralizing or unjust consequences of the application of market principles to all realms of social life.

The contestation may be centered on the alleged consequences of commodification but also on the unethical grounds that support the existence of specific industries, contributing to violations of justice and fairness. Contestation involves the discussion of the legal/illegal boundary, as well as of the political, emotional and moral dimensions of markets.

Social movements and public opinion have been mobilized to take this contestation a step further, articulating protest action with the development of a complex rhetoric mingling traditional rights speech with views supported by enlightened catastrophism. The targeted markets and industries vary in range, scope, and nature, including, among many others, organs, blood, genetically modified organisms, adoptions, surrogate motherhood, bullfighting, meat consumption, gambling, pornography, prostitution, alcohol, drugs, guns, carbon permits, personal data, aesthetic surgery & permanent body modification, cryptocurrencies, or near-slave labor. Simultaneously, even more consensual and mainstream markets and industries have been under attack by critics due to their alleged immoral or unjust practices.  A case in hand is the financial industry, that has been under close scrutiny, especially after the 2008 crisis.  A common thread among the contesters is to be found on the parallel ideas of exploitation and victimization that permeate an important part of the arguments used. This contestation represents important transformations on moral conceptions of human life and reflects the contextual nature of protest movements. The existence of contestation, however, is only made possible because arguments of efficiency, inevitability or virtuous effects have been presented by the defenders of the application or continuity of market principles to these controversial domains.

Academically, the topic of contestation has also been gaining momentum, especially by an increase in the number of researches dedicated to the theme, either offering a general review of the field (Wilkinson, 2016; King and Pearce, 2010), setting agendas (Steiner and Trespeuch, 2016; Steiner, 2015) or with a focus on the empirical terrain (Dioun, 2017; Anteby, 2010, Dorobantu, Henisz,and Nartey (2017). References to stigmatized industries (Durand and Vergne, 2015), coerced exchange, contested commodities (Radin, 1996; Holland, 2001; Hughes, 2006; Loader and White, 2018), or concerned markets (Cochoy, 2014) add to the increasing importance of this research domain. The critique of mainstream markets, such as the financial one, is also on the rise (Ho, 2009; Ouroussoff, 2010; Graeber, 2011).

Taking into account these two recent evolutions – one in terms of social movements and the other emerging from the academia -, this workshop aims to foster the discussion on market contestation, bringing together researchers and scholars on a wide range of fields, and leading to the presentation and discussion of contributions framed by diverse disciplinary, theoretical and methodological lenses and perspectives. The organizers seek research papers focused not only on empirical research on contested markets, but also historical analysis and theoretical modeling of this contestation. Senior scholars, junior scholars and PhD students are invited to participate.

We expect that the workshop will open new research avenues, foster new projects and international cooperation, leading to relevant findings for both academics and policy-makers. 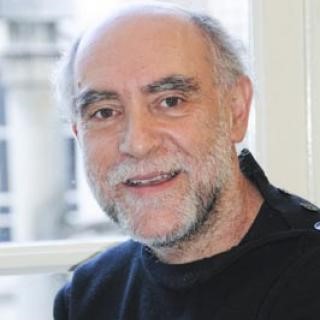 The workshop will take place on two consecutive full days at the Campus ISEG, located at Stree of Quelhas nº 6, also with entrance by Street Francesinhas, Lisbon, Portugal.

An event dinner will be held at the end of the conference, subjected to prior registration.

Decisions will be communicated by the organizers until June 15, 2019.

Deadline for other participants registration: September 23, 2019